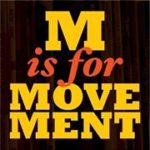 I’m excited to announce the launch of M is for Movement , a new blog focused on activism and social justice in children’s literature! I’ve been collaborating with an amazing team to get this up and running. You can read more about our mission here . On the site you’ll find interviews with picture book… Read more »

I spoke with Innosanto Nagara in 2013 when A is for Activist first hit the shelves. Inno brought this debut picture book into the world through a successful crowdfunding campaign, which then led to publication with Seven Stories Press in English and Spanish, as well as the recent release of a Swedish edition. I’m always… Read more »

The recent Supreme Court decision to strike down limits on federal campaign contributions, following on the heels of Citizens United a few years ago (here’s an animated analysis), has left me feeling particularly urgent about the need for a childhood social change activism library. Citizen voices are becoming increasingly drowned out in the political system by… Read more » 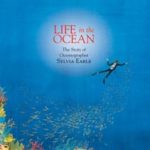 I wasn’t planning to write about Dr. Seuss. Volumes have been written about The Lorax. And it’s a bit obvious, eh? But I’ve found that lately when I read contemporary books about the natural world with my children, and as I try to make sense of how these books inspire environmental activism, it’s a challenge… Read more » 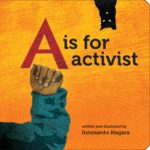 From all of us looking for activist books for our babes, thank you Innosanto Nagara! A is for activist is a recently self-published ABC board book by Nagara who is both the writer and illustrator. He is a founding member of Design Action Collective, a worker-owned cooperative design studio in Oakland. Here’s an ABC book… Read more » 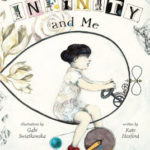 A few months ago my four year old began to pull me into some *deep* discussions about the biggest possible number (Is infinity bigger than a bazillion?). Surely, I thought, there must be a picture book that can help us… But my web searches turned up empty. So I was thrilled to read a recent… Read more »