I spoke with author Elaine Dimopoulos about her terrific debut YA, Material Girls, released today! This novel is great fun and takes a satisfyingly subversive look at the fashion industry. Material Girls is a wonderful contribution to activism kidlit, portraying what it can take to take a stand. (Warning: This interview contains spoilers.)

The labor organizers in Material Girls have a vision for what a more ethical clothing company could look like. What inspired your writing as you worked on this “make over”? Were there particular campaigns you used as models for the one in the story?

I looked at the standards put forth by the IndustriALL Global Union. Its goal is to secure jobs at healthy and safe work places worldwide, and its members take action wherever they find human rights violations. (In Material Girls, I changed the organization’s name to the IGLF, the International Garment Labor Federation.)

I also looked at some “eco-chic” companies that have been doing it right from the beginning. Reformation is an industry leader that is completely transparent about its materials and methods of production.

In terms of particular campaigns, Susan Campbell Bartoletti’s book Kids on Strike was a huge help. Kids have been mobilizing throughout history! In 1836, at age eleven, Harriet Hanson was the first New England mill girl to walk out in a protest against room and board increases. Kid Blink led the newsies in a strike to get New York publishers to buy back unsold newspaper bundles. Clara Lemlich, a garment worker, had ribs broken in a picket line. Active in labor organization since age fifteen, Johnny Mitchell helped found the United Mine Workers and reform dangerous working conditions. These young historical figures and their campaigns were my role models!

Marla and Ivy, to varying degrees, both wake up to the unjust system around them. How did you think about their backgrounds in relation to their activism? What were some of the experiences they needed in their pasts to be able to have these moments of recognition?

Ivy grew up in Millbrook, a formerly industrial, now economically depressed city. At times, her upbringing makes her uncomfortable about her own wealth and about the way her persona as a trendsetter encourages others to spend money. So she is primed to embrace an economically responsible “trend.”

Marla has a special relationship with the environment, as her childhood was shaped by carefree days spent in the park near her home. Nature influences her design aesthetic; eco-chic fashion is a natural progression.

Also, even though Marla buys into the system at the beginning, she has an independent streak that causes her to speak out for what she believes in. As a trendsetting judge, she frequently goes against the decisions of her fellow judges. This nonconformist attitude eventually makes her a fierce activist!

I’m intrigued by Vivienne’s character in the context of a YA book. While she is older, she is also portrayed as the most radical. And her long-term work lays the foundation for the movement that the young adults join.

Change doesn’t happen overnight, Marla. Sometimes it takes a hundred years, sometimes more. Believe me, people saw what we did. For three days, the whole world stopped and paid attention. So they shut us down—so what? I’ll do my time, but they can’t lock me up forever for giving an agent a couple of broken bones. And if they do, then there will be someone else to pick up the fight, and that person will make another small dent. And so on. We pound and we pound until everything comes crashing down. 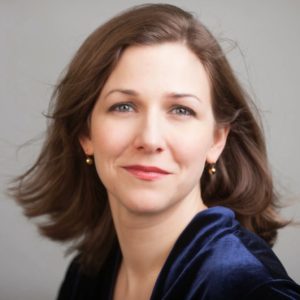 Can you talk about your decision to include this adult character?

While I would never underestimate the power of young people, sometimes with age comes wisdom. At twenty-four, Vivienne has enough insight to recognize the oppressive system yet is still young and driven enough to do something about it. Marla has been so steeped in the pro-consumerist values of her world that I wanted her to have an older role model who could gradually show her the way.

Thanks for highlighting that quotation; it’s one of my favorite moments. (And it wasn’t in the novel’s first draft—let’s hear it for revision!) In the play A Raisin in the Sun, Joseph Asagai, Beneatha’s African suitor, has a monologue about change being bigger than himself and bigger than any one person. It took my breath away the first time I read it, this prospect of a change agent who isn’t self-serving, who believes he is but one person doing a piece of history’s long work. Vivienne’s similar declaration is my own little tribute to the genius of Lorraine Hansberry.

Material Girls has a lot to say about the many kinds of leaders in a movement for change. Your use of dual protagonists allows for two very different character arcs and a wonderfully complex—and bittersweet—resolution. Why did you decide to use this structure?

Marla came to me first, as a young trendsetter working happily for a fashion house until, at sixteen, she ages out of the system. Soon, I saw she would need a co-conspirator in her attempt to retaliate, one whose influence was far-reaching. Ivy helped me see that the book would be as much an attack on consumerism as on youth-obsessed culture.

I quickly realized the narrative benefits of having two protagonists. Kay Sambell is a literary critic who proposes that writers of dystopias for young people face a creative dilemma. For dystopias to have their “punch” and make the reader consider the perils of an oppressive society (think Brave New World or 1984), they need to have pessimistic endings. Books for children and young adults, however, typically have hopeful endings, a reflection of the expectant, forward-looking experience of childhood/teenhood. So what’s a writer to do?

With two central characters, I had the flexibility to create two different outcomes. My goal was to create a mix of pessimism and hope in a fresh way, remaining loyal to the themes of the novel while leaving the reader to contemplate alternate possibilities.